Some of our new plus size additions to the boutique. 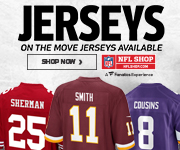 Also known as Twitch.tv, this is a new platform that accommodates streaming videos and live streaming chats as well. Sound familiar doesn’t it? I know it does because it’s another up and coming platform that may possibly rival YouTube in the future. Now that this may seem interesting to you as it is to me, especially with me being a YouTuber, but doesn’t it seem like a rival is brewing between Google and Amazon on numerous playing fields. To be honest, I think that Amazon is starting to look at things in a broader business perspective, since they partially bought Whole Foods overnight. I mean, who does that???? Amazon does and we haven’t seen the likes of it before. Now let’s get a little more in-depth with this platform.

Twitch.tv launched its platform officially online in 2011, which was a spinoff of Justin.tv, but with a wider based platform. So…wanna know what I heard? Evidently, Google tried to do what they do best, just like a sugar daddy…come in and just buy the place up, but nope. Amazon apparently came in a provided a counter-bid and, from what I heard, a lesser amount.

Upcoming live streams we are hearing through the grapevine? Blizzard!!! Check out Rhykker on YouTube for news on the potential gaming stream information, as I will be looking out for it too. While usually made to platform for gamers, there is an area of  community creators who do other things, such as makeup videos.

Right now with its current platform setting, finding other things to view other than gaming requires additional effort that is not usually expected for a regular subscriber. Keeping our fingers crossed for the platform to expand and update, making maneuvering around the website easier.

It was links like these about a year ago that started my journey on getting free makeup and all kinds of goodies! Here’s one link you should sign up for:

Don’t forget to sign up for our contest before its over….you don’t have much longer to participate in Winter with What’s Your Chic Thank you @Blagica92 on Polyvore for making this beautiful set. If you have not, please go to Polyvore.com and follow her and What’s Your Chic to see our latest design sets, contests, and announcements. Our contests run on and off all year long so don’t miss out!  Also, don’t forget to come visit us at What’s Your Chic Online and join our mailing list. We’re giving away dresses and exclusive discounts to our customers. 🔥

Enjoying the day and enjoying you here at: What’s Your Chic